END_OF_DOCUMENT_TOKEN_TO_BE_REPLACED

Click here to see the information in a .pdf from Mrs Ensor Talk about the different parts of a flower in this song:  Flower song – to tune of ‘heads shoulders knees and toes:Roots, stem, leaves and flowers, leaves and…

END_OF_DOCUMENT_TOKEN_TO_BE_REPLACED

Recently, Fishergate families and staff, as well as students and staff from the Blueberry Academy, have been pitching in to carry out some maintenance to the wonderful Forest School Area, on the school field (originally built by Fishergate family volunteers, and students from the Blueberry Academy). Some people have been able to secure Ward Funding for the area, green token donations from Waitrose, as well as donations of goods from local businesses and environmental charities. Persimmon delivered 10 tonnes of topsoil to the field, which the enthusiastic band of volunteers barrowed in, to build up the climbing mounds. The willow tunnel was trimmed and the whips from it were used to build a woven hurdle fence, in place of the hedge, which didn´t survive last summer´s drought. 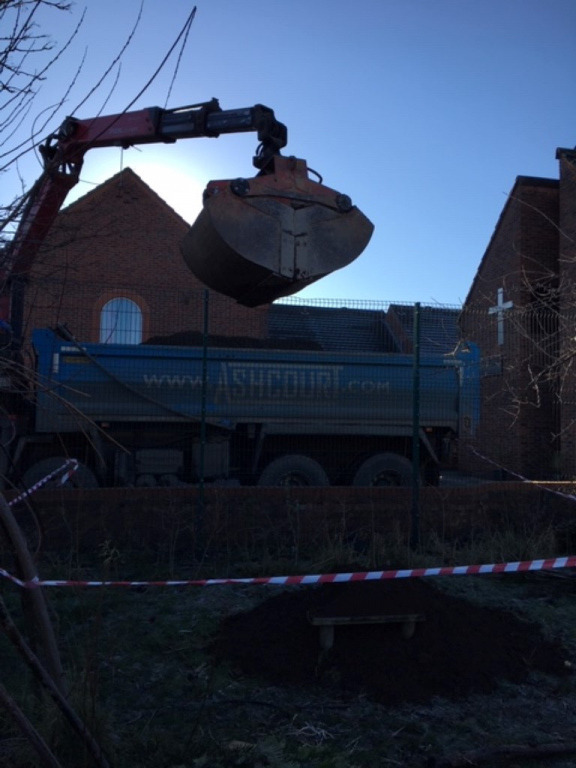 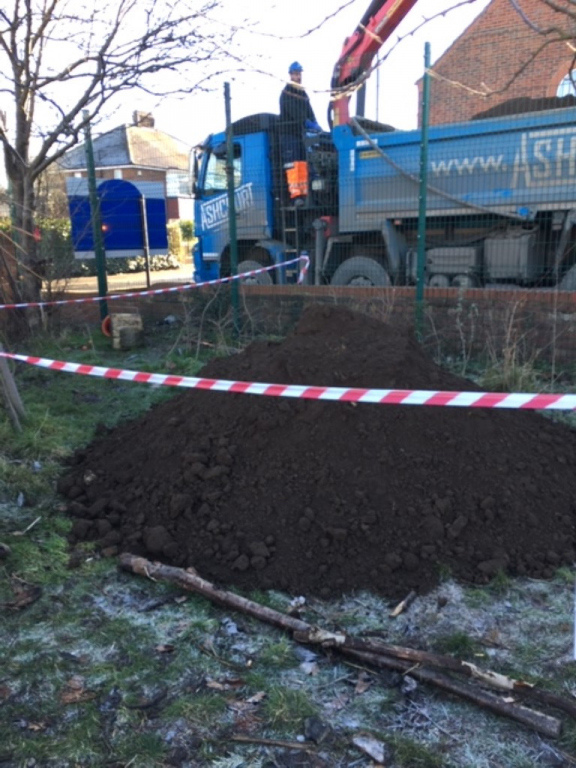 Some volunteers were able to use the volunteering time allowed to them by their employer. Does your employer have a scheme like that? Maybe you can help next time.

There is often tea and cake involved, too. There will also be opportunities to get involved with smaller-scale jobs, such as ongoing maintenance- weeding, willow pruning, general tidying up. You don´t have to know the first thing about gardening, it´s a very simple, and enjoyable way of giving back to the school community, if you have a little bit of time you can allocate. 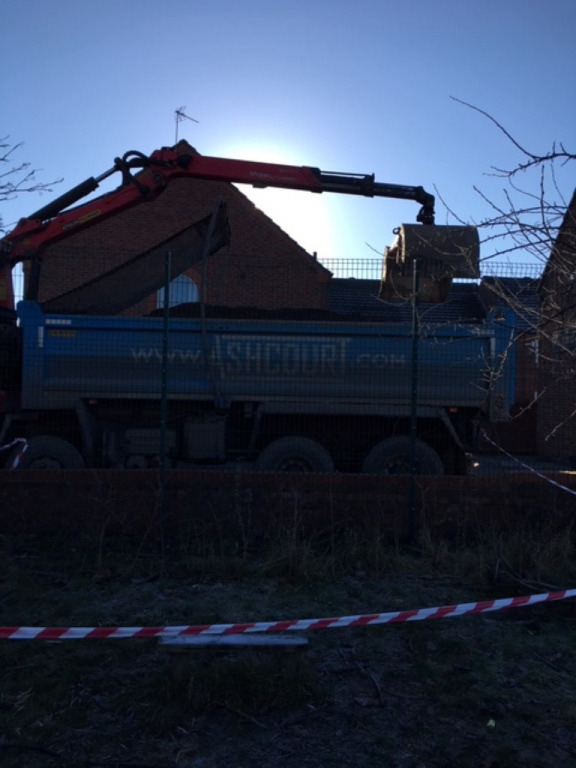 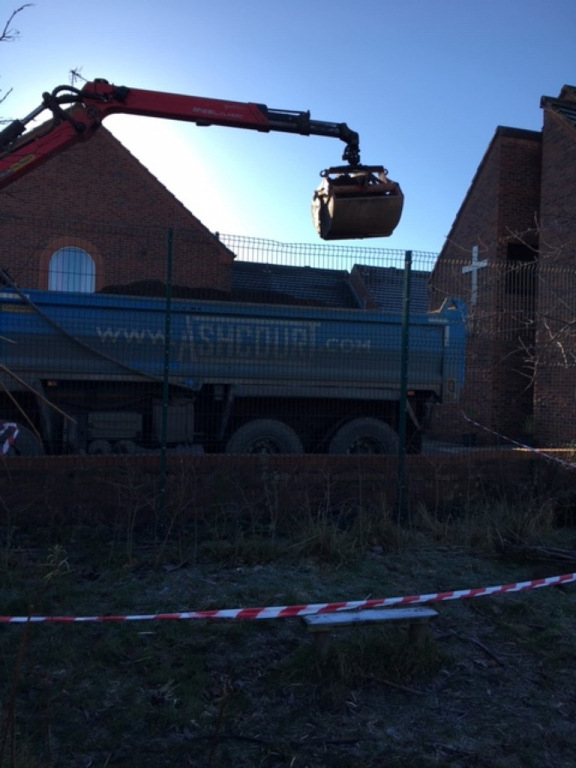 New topsoil was delivered to make our forest hills grow!!!

Key stage 1 children loved their great fires of London topic!! It seemed a shame to set fire to the houses they had constructed out of cardboard and straw and then painted!! But we did!!! (Click to enlarge the pictures) 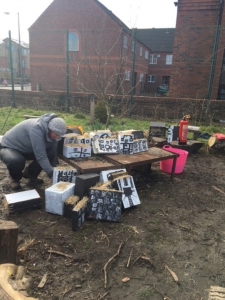 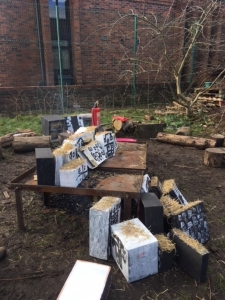 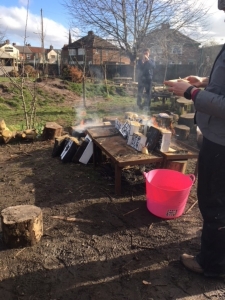 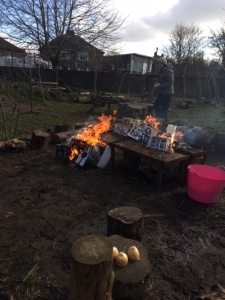 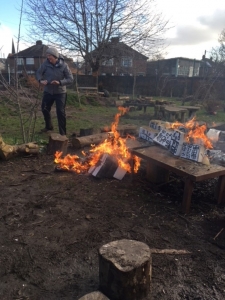 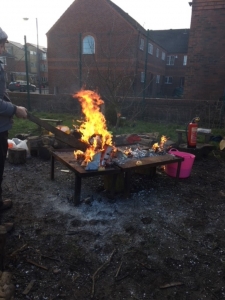 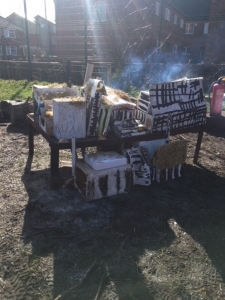 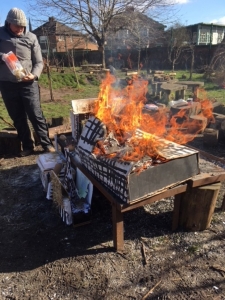 We watched from a safe distance as the fire started in the bakery and took hold very quickly!! Within minutes they were burned to the ground!! Not like the days it took in 1666!!  Super hands on learning!! 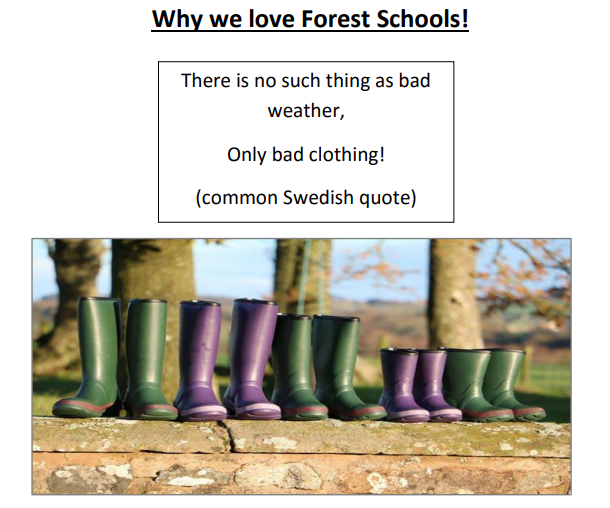 Early Years went on a walk to the cemetery to help Clive, one of the volunteers, plant crocus bulbs. 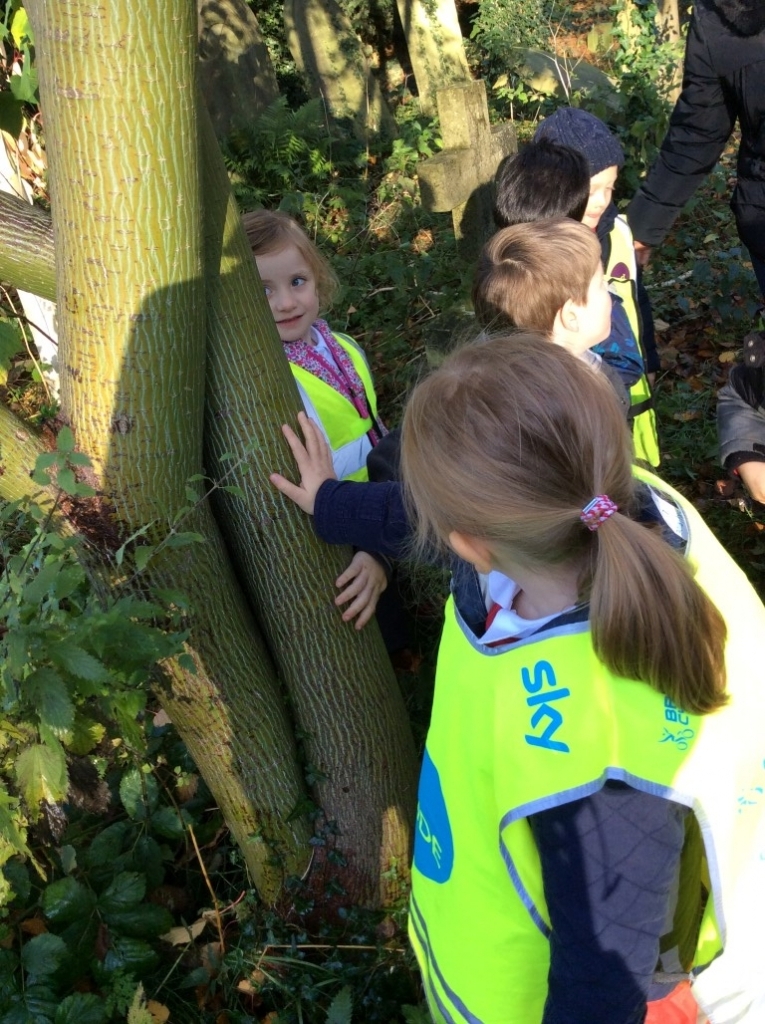 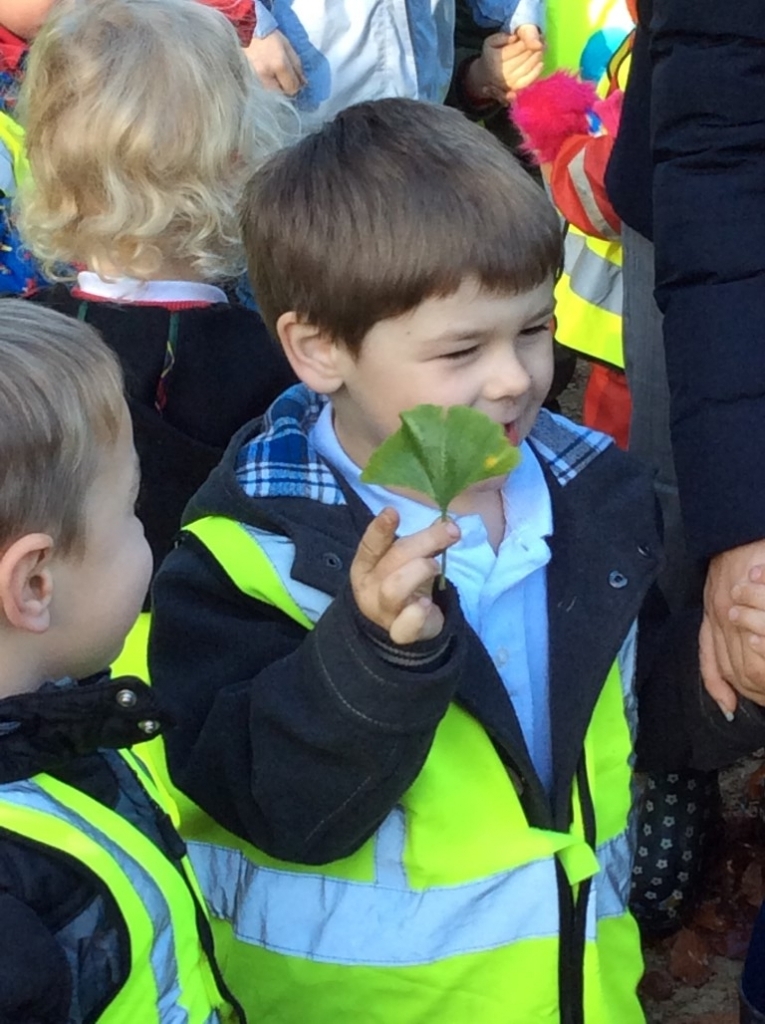 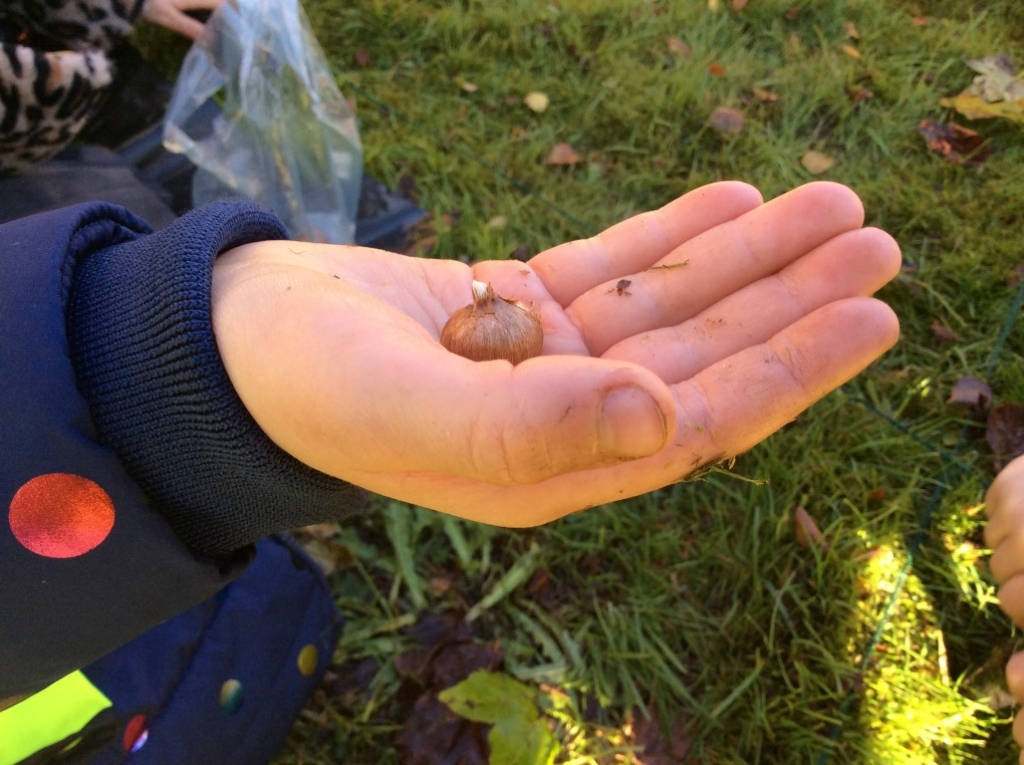 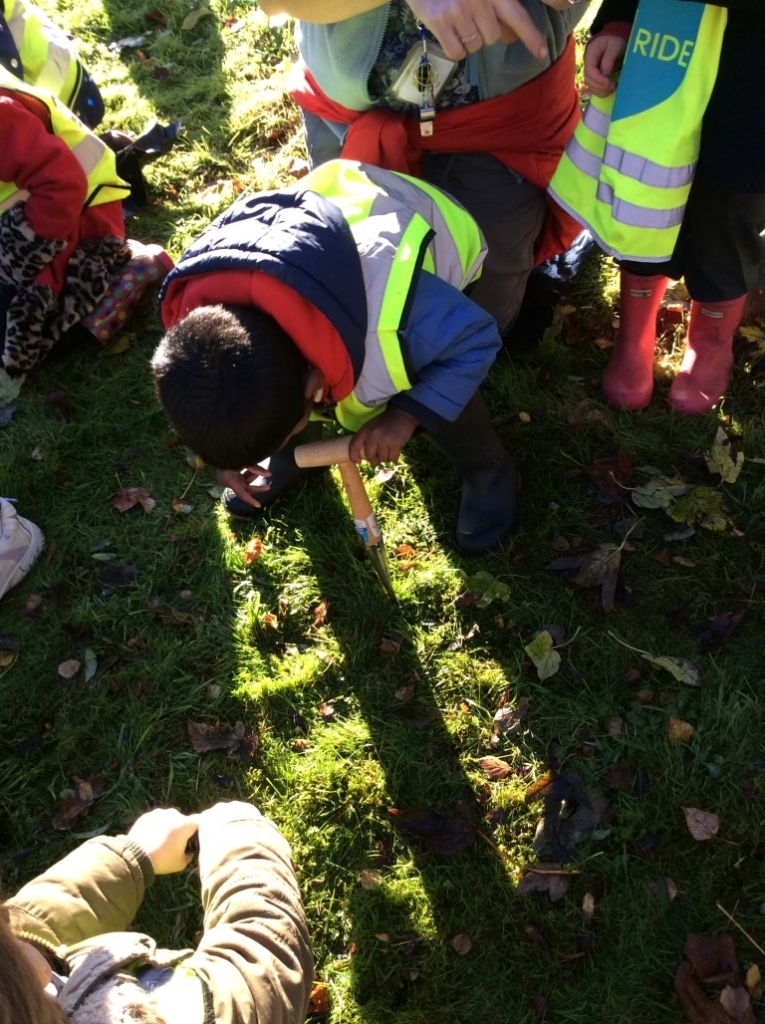 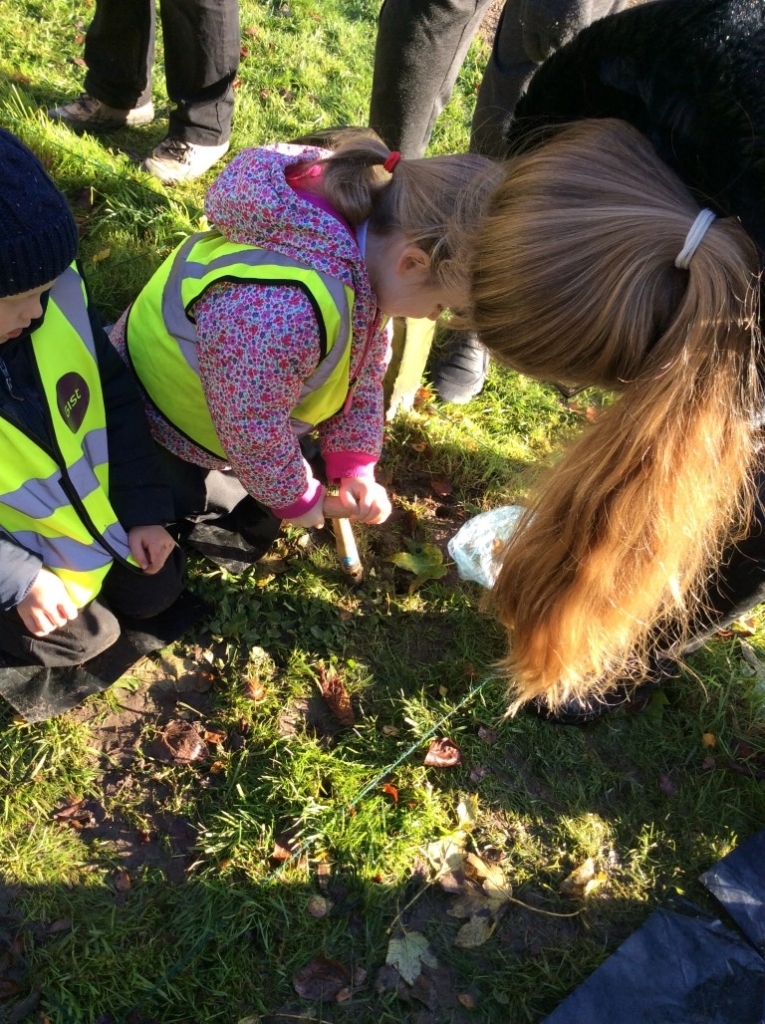 The children had lots of fun making holes, planting the bulbs and getting a bit messy. Clive also took the children on a walk around the forest area of the cemetery and taught them all about the different trees and leaves.

Apparently a fairy king was spotted in our forest school. They needed a shelter making to keep them from the wind and rain. The children did an excellent job at making little shelters using things they found on the ground…

END_OF_DOCUMENT_TOKEN_TO_BE_REPLACED

Can you lend a hand in the Forest School Area?  We will be meeting every Friday from 9.00 to 9.30 am.  No commitment necessary – just come along if you feel like it. 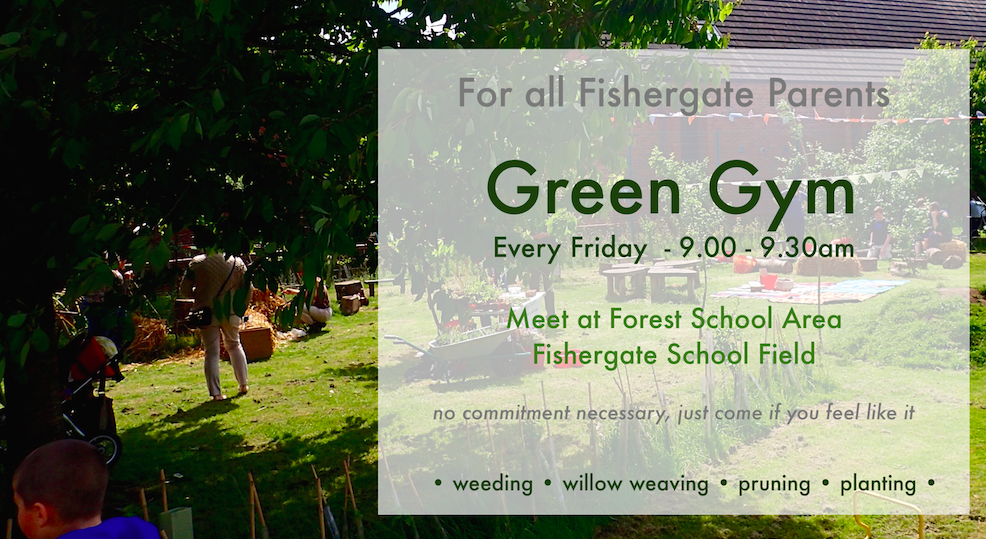 END_OF_DOCUMENT_TOKEN_TO_BE_REPLACED

View Calendar
Add
We use cookies on our website to give you the most relevant experience by remembering your preferences and repeat visits. By clicking “Accept All”, you consent to the use of ALL the cookies. However, you may visit "Cookie Settings" to provide a controlled consent.
Cookie SettingsAccept All
Manage consent

This website uses cookies to improve your experience while you navigate through the website. Out of these, the cookies that are categorized as necessary are stored on your browser as they are essential for the working of basic functionalities of the website. We also use third-party cookies that help us analyze and understand how you use this website. These cookies will be stored in your browser only with your consent. You also have the option to opt-out of these cookies. But opting out of some of these cookies may affect your browsing experience.
Necessary Always Enabled
Necessary cookies are absolutely essential for the website to function properly. These cookies ensure basic functionalities and security features of the website, anonymously.
Functional
Functional cookies help to perform certain functionalities like sharing the content of the website on social media platforms, collect feedbacks, and other third-party features.
Performance
Performance cookies are used to understand and analyze the key performance indexes of the website which helps in delivering a better user experience for the visitors.
Analytics
Analytical cookies are used to understand how visitors interact with the website. These cookies help provide information on metrics the number of visitors, bounce rate, traffic source, etc.
Advertisement
Advertisement cookies are used to provide visitors with relevant ads and marketing campaigns. These cookies track visitors across websites and collect information to provide customized ads.
Others
Other uncategorized cookies are those that are being analyzed and have not been classified into a category as yet.
SAVE & ACCEPT
Powered by